Though Austin is steadily growing into a booming urban metropolis, at heart it will always be a college town with The University of Texas and St. Edward’s University forming the foundation.

Now Austin can add one more school to the list of higher education institutions in the city, as The University of St. Augustine for Health Sciences officially broke ground in February on a Circle C campus that will begin its first semester in September.

Featuring an inaugural class of approximately 35 students—a number that will expand to 500 over time—the 80,000-square-foot complex will contain classrooms, labs and research centers. It is one of three campuses in the USA family, with the others located in San Marcos, Calif., and St. Augustine, Fla.

Students entering the program must have completed a bachelor’s degree and have taken prerequisites for the respective programs they are entering, which are generally chemistry, biology, physics, anatomy, physiology and social sciences courses. The DPT program also requires entering students have a 3.0 GPA or higher and four references.

Patricia King, director of the DPT program at the Austin campus, said the demand for physical therapy institutions is high, especially in an area where Texas State University is the only other “competitor” that offers a graduate degree in physical therapy and a DPT program.

“All of the other schools in the state are currently running at capacity and turning large volumes of qualified students away because of the demand that we have for this type of education.”

The university did research on geographic regions with growing populations, growing need and populaces with college educations. Houston and Dallas were on the short list of cities in Texas being considered for the USA program, but in the end, Austin was considered prime real estate for such a project.

“In some of our research, and particularly when we were in Houston, we asked people, ‘Where do you think people would to go to school? Would you like to go to school in Houston or in Austin?’” Chief Development Officer Alan Paris said. “Well, the people in Houston said, ‘Why, Austin, of course.’”

Austin Community College does offer a physical therapist assistant program, and King said she had been in contact with department chair Jana Israel, so students who choose to further their degree will have an option at USA to do so. Israel was not immediately available for comment. Officials from the university are also meeting with other institutions throughout Texas to build relationships and pipelines for students and collaboration.

Locally, St. Augustine staff has met with preprofessional advisers at St. Edward’s and are looking to meet with University of Texas advisors as well. USA hopes to make connections through its Ambassador Program, an initiative that looks to build relationships with other schools in the region.

“The Austin community, in terms of its healthy lifestyle and emphasis on education, seemed like the perfect fit for a graduate school such as ours,” King said. “Our goal is to produce health professionals who are models of healthy lifestyles who are committed to enhancing the health and fitness of the population—Austin just had the right attitude. With UT being there and St. Edward’s, there’s college students already in preprofessional education that we thought would make a great connection for our school.”

The first year will be open only to those in the DPT program, but King said the school would offer an occupational therapy program and an orthopedic assistant program starting in fall 2013.

The school will create jobs for Austin. Over the course of the next year, USA will attempt to hire locally for some faculty and staff positions.

According to ACC’s website, hospitals, rehabilitation centers and outpatient clinics are among the institutions that hire physical therapist assistants. It goes on to say that starting annual salaries for Austin-area assistants are $28,000–$35,000.

The location will be constructed in two phases, with the first facility being 35,000 square feet, hosting three classrooms, a library, offices, study areas and an anatomy lab. The second phase, which will be built for occupancy in 2014, will be 45,000 square feet and feature a wellness center, classrooms and an on-site clinic.

“Our university has a very heavy focus on clinical excellence and clinical practice, and one of the ways we’re able to do that is to have a clinic on-site,” Paris said.

The campus will be built by Hardin Construction Company on 27.7 acres near the Circle C Ranch community. The location was chosen by USA in partnership with Sawtooth Development Group and will be a build-to-suit lease—meaning the property can be repurposed and released by Sawtooth should USA move.

Paris said Circle C was chosen because of its location, transportation advantages—such as traffic—and housing and business development.

The City of Austin Health and Human Services Department declined comment on the university’s presence in Austin. 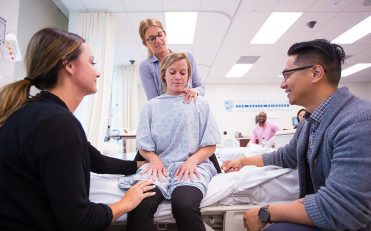 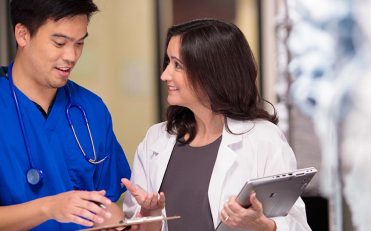 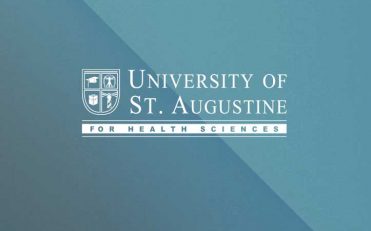 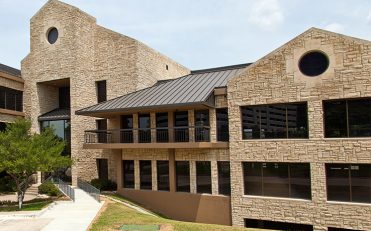 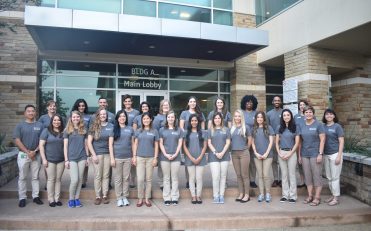 Congratulations to the Inaugural Cohort of SLP Graduates