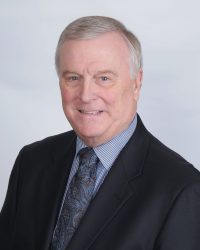 Donald K. Shaw, PT, PhD, D.Min., is a Professor in the DPT Flex Program. As a collegiate educator for over 45 years, his areas of teaching expertise include cardiopulmonary physical therapy, research design, and telehealth. Prior to his University of St. Augustine appointment, he served as a Professor of Physical Therapy at Franklin Pierce, Midwestern, and Nova Southeastern Universities. In 2002, he joined the physical therapy faculty at Texas State University where he developed the Telehealth Program. His academic career began at East Carolina University where he was an Associate Professor in the Physical Therapy Program. Clinically, he served as Director of Cardiac Rehabilitation at Saint Thomas Hospital in Nashville, Tennessee and as Adjunct Assistant Professor at Vanderbilt University.

Dr. Shaw earned his Bachelor and Master of Science degrees in Physical Education from George Williams College in Chicago, Illinois; his doctorate in Exercise Physiology from Kent State University in Kent, Ohio. He received his Bachelor of Science in Physical Therapy from Texas State University in San Marcos, Texas. Most recently, Dr. Shaw completed his D.Min. degree in Christian Apologetics at Southern Evangelical Seminary in Matthews, North Carolina.
Dr. Shaw is a Fellow and former national board member of the American Association of Cardiovascular and Pulmonary Rehabilitation. He has lectured and presented research in Argentina, Scotland, Ireland, the Peoples Republic of China, the Dominican Republic, Puerto Rico, and throughout the United States. His published work appears widely in medical journals including the Journal of Cardiopulmonary Rehabilitation, Respiratory Care, Medicine & Science in Sports & Exercise, Cardiopulmonary Physical Therapy Journal, Heart and Lung, Journal of Allied Health, Journal of Sports Medicine and Physical Fitness, and the American Journal of Cardiology. He has received university teaching and scholarship awards.