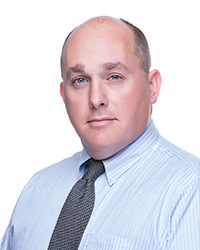 Dr. Jim Mathews graduated from the University of Wisconsin, Madison, Wisconsin in 1998 with B.S. degree in Physical Therapy and B.A in History. While working fulltime as an area manager and father of two young boys he earned two degrees. In 2006, he earned his Master in Business Administration degree, with an emphasis on Entrepreneurship from San Diego State University, San Diego, CA, in 2006. Then in 2011, he earned his Transitional Doctorate of Physical Therapy degree from A.T. Still University, Mesa, Arizona.

Dr. Mathews has worked in a variety of areas but his primary role has always been in inpatient geriatric care. He has also been in administrative role responsible for managing over 100 physical therapists and assistants, and clinical instructor since 2001. His research interests included neuroscience and forced use therapy.

He is an active member of the American Physical Therapy Association’s Education and Geriatric sections. In addition he is active assistant little league baseball coach and Cub Scout den leader.