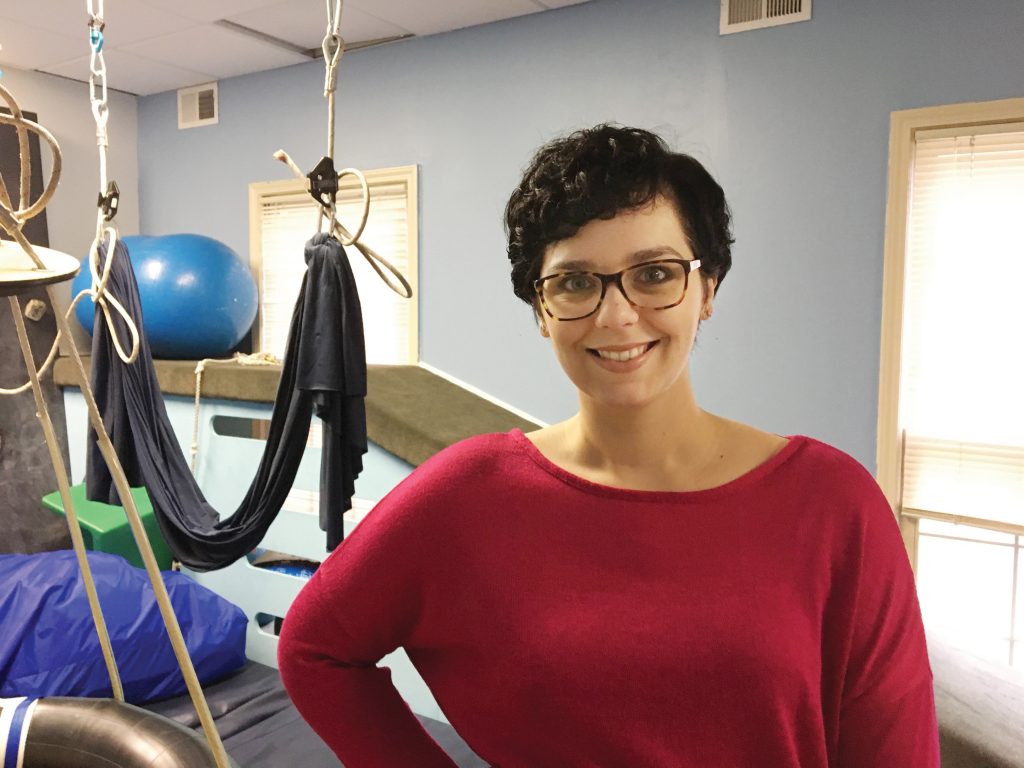 Caitlin Phillips ’16, a Flexible Master of Occupational Therapy graduate, knew serving children for an outpatient pediatric clinic in Atlanta, Georgia, wasn’t going to be easy. She may spend the first half of a 30-minute session simply helping patients regulate and calm their bodies.

“Transitioning from school to therapy can be tough,” she says. During her fieldwork at Encore Rehabilitation in Alabama, she received invaluable advice from her supervisor that’s stuck with her. “She told me I’ll have days when I feel like I may not know what I’m doing,” Phillips recalls. “But also that I’ll have the days where it all clicks—and realize again and again why I chose this profession.”

“She told me I’ll have days when I feel like I may not know what I’m doing. But also that I’ll have the days where it all clicks—and realize again and again why I chose this profession.”

Here, she shares how working with a nonverbal 12-year-old patient with autism reaffirmed her dedication to the field:

“We initially worked on getting her to take on and off her shoes. She could take them off, but you’d have to give her a tactile cue, like touching her foot to understand. The shoes at the clinic have Velcro straps. She would push her foot in, but that was it. She would never lean over to pull the straps to secure her shoes. She had difficulty crossing midline as well as core strength deficits.

“Now, I seat her in a backless chair to facilitate core stabilization and postural stability. A strengthened core will make leaning over and sitting upright easier. A few weeks later, we got to the point where if I sat the shoe in her lap, she would unstrap it by herself. Now, she is leaning over and attaching the straps. The first day she did that I got teary-eyed. I was like, ‘Yay! You go girl!’

“I’ve also helped her improve her fine motor skills and hand strength with a peg board. At first, she didn’t like it. I changed my approach by asking her to push a pretzel stick into a marshmallow. Now, she’s obsessed with marshmallows! Although her hand is weak, she’s trying—and making progress.

“My goal will always be to help my patients by using creative approaches. It’s an amazing feeling to be doing what I worked so long and hard for. I love every second.”