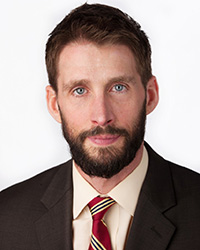 Dr. Ed Bezkor became assistant professor for the Doctor of Physical Therapy (DPT) program at the university in 2017.

Prior to joining the university he was a faculty member in the DPT program at San Diego State University where he was awarded the Most Influential Faculty Member in 2015 and 2017. He was also a faculty member in the biomedical department at Pacific College of Oriental Medicine where he taught musculoskeletal and neurological anatomy, orthopedic neurologic evaluation, and biological aspects of physics.

Dr. Bezkor has been involved in clinical care for the past 18 years, with the majority of his time at NYU Medical Center’s Rusk Institute of Rehabilitation Medicine working as lead clinical specialist in the departments of orthopedics, neurology, vestibular, respiratory, and hand therapy.

He served on the Editorial Advisory Board for Rehab Management magazine, and is an item writer for the Federation of State Boards of Physical Therapy. Dr. Bezkor is the case study and multimedia editor for the two most recent editions of the textbook Physical Rehabilitation; he is the lead author for the chapter on Parkinson’s disease in the 7th edition. He has been invited once again to serve as the multimedia editor for another F.A. Davis textbook, Improving Functional Outcomes in Physical Rehabilitation (2nd edition) and co-author of the chapter on interventions to improve sitting balance.