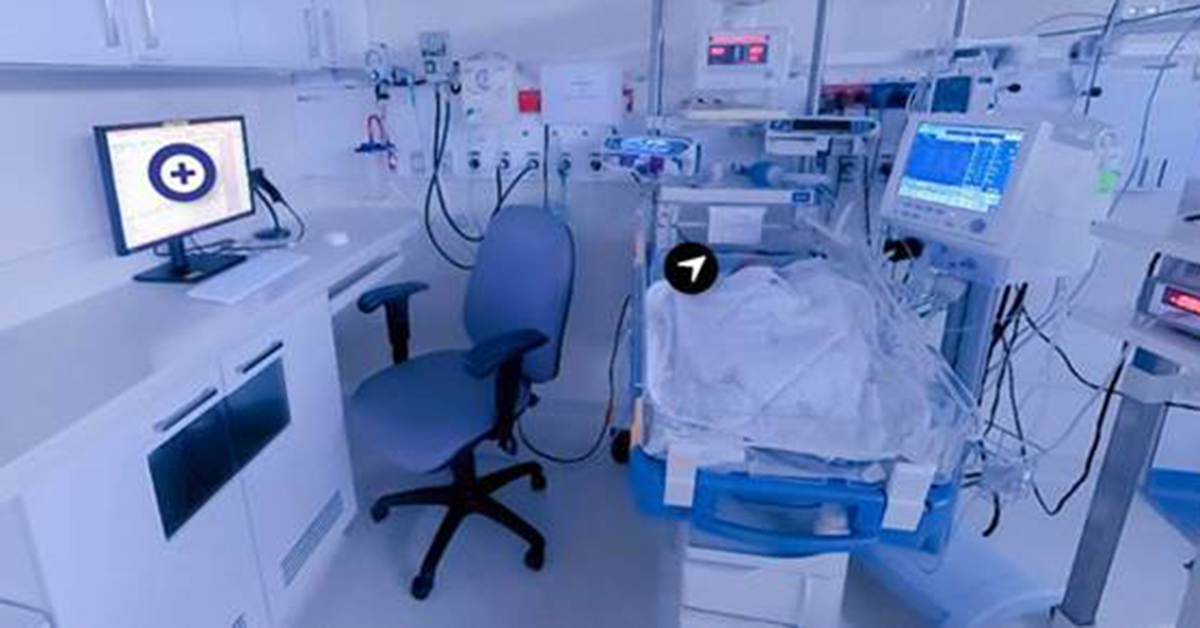 USAHS’ first virtual simulation (VSim) on a pediatric topic drew a record 234 students from across our campuses and graduate programs. Students volunteered their time to learn about how healthcare team members collaborate to help infants in the neonatal intensive care unit (NICU). This VSim was part of USAHS’ recent series of clinical simulation sessions delivered in a live, interactive virtual mode.

“So many students are interested in the NICU, but it’s hard for them to find placements, practica, and fieldwork in that setting,” says Nickole Hines-Staples, MA, CCC-SLP, BIES, who led the development of this VSim session. “So, we did the next best thing by bringing it to them in a virtually simulated format. Our speech students were excited to have this opportunity.”

Hines-Staples worked as a speech-language pathologist in the NICU prior to becoming the Director of Clinical Education for the Master of Science in Speech-Language Pathology (MS-SLP) program on USAHS’ Austin campus. From her knowledge of the NICU, she created the scenario used in the simulation and collaborated with other faculty members to write the script. Live-action portions of the scenario were filmed with faculty actors in Austin’s Center for Innovative Clinical Practice (CICP).

The physical therapist (played by Dr. Megan Flores) positions the infant with a wedge to get her arm closer to the middle of the body.

An infant girl was born at only 29 weeks to a 16-year-old single mom. Due to incomplete lung development, the infant had bronchopulmonary dysplasia (BPD) and was placed on a ventilator. She also had Erb’s palsy, a brachial nerve injury with paralysis of the arm. But after nine weeks in the NICU, the infant was healing and was ready to be discharged home.

A team composed of a speech-language pathologist (SLP), occupational therapist (OT), physical therapist (PT), and nurse educated the mother and grandmother about the baby’s special needs. The grandma was played by clinical simulation coordinator Mechelle Roy, and her real-life daughter, Sydney Martinez, played the mom. The infant was “played” by a lifelike doll.

After being introduced to this scenario, students navigated a 360° virtual environment of the NICU. They could view the baby’s chart, click on hotspots to see videos, and discuss questions and answers in breakout groups.

“Students asked engaging questions about all the roles and responsibilities of each discipline. Very few students have had the chance to work or volunteer in a NICU, so this event gave them the opportunity to see how they fit in the NICU and what interprofessional collaboration looks like in this environment. It turned out beautifully, and the students loved it!” —Megan Flores, PT, MPT, PhD

The speech-language pathologist (played by Nickole Hines-Staples) educates the nurse (played by Erolle Dennis-Garner) on the results of the MBSS.

In filmed segments, each professional explained their role in the NICU and described how their roles overlap. The SLP, played by Hines-Staples, educated the nurse about the results of a modified barium swallow study (MBSS) completed on the infant so that the nurse understood the safest feeding recommendations, including the best type of nipple to use, as well as pacing and positioning strategies to slow the flow rate during bottle feedings. These strategies were found to be effective in optimizing the child’s airway protection during the MBSS. The SLP then showed the mom and grandma how to bottle-feed the infant, who was having trouble coordinating her swallowing with her breathing due to the BPD.

The PT, played by Dr. Flores, worked to mitigate the effects of the Erb’s palsy by bracing the infant’s arm, pinning the sleeve to work as a sling, and immobilizing the arm during feeding.

The OT, played by faculty member Maureen Fischer, OTR/L, worked with the mom and grandma on activities of daily living such as handling and holding the baby, positioning her for sleep, and regulating her emotional state. The nurse, played by guest Emily Hyland, RN, BSN, taught the mom and grandma about medication, vitamins, and the amount of feeding. The OT and nurse co-taught changing diapers and dressing.

“The NICU is a setting, population and team of professionals that I hold dear,” says Hines-Staples. “I love sharing my experiences with our students, so they can begin to develop both passion and compassion for the setting and its fragile patients.” Fischer adds, “Students appear to have a thirst for practical knowledge regarding the NICU, which this experience provided.”

In addition to faculty collaboration, this event included students and staff across all programs and campuses, as well as prospective students. Dr. Emily Frank, simulation manager, and Erolle Dennis-Garner, clinical simulation specialist, led the student and staff development of this event. “I loved the collaborative nature of this simulation, from development to implementation,” Dr. Frank says.

Spearheaded by CICP manager Elisabeth McGee, DPT, MOT, PT, OTR/L, USAHS has hosted several multi-campus VSims on a wide range of topics since Fall 2020. Thanks to the high level of interest in this pediatric VSim event, the team is working to add a sequel to this experience this summer.

San Marcos, Calif.—Aug. 19, 2022—The University of St. Augustine for Health Sciences (USAHS) is pleased to announce that our Master of Science in Speech-Language Pathology (MS-SLP) program has been granted

A Guide to Your Speech-Language Pathology Career

The human species has accomplished so much thanks to our ability to understand language and communicate through speech. When that ability is delayed in children or breaks down in

If you want to help people communicate better, overcome speech and language obstacles, and improve their lives, a career in speech-language pathology may be the right move for you.

Are you curious about the difference between job descriptions for speech therapists and speech-language pathologists? Whether you’re considering speech-related careers or researching what kind of rehabilitation practitioner could help