Academic advisor Frank Bennett dedicates those three days, plus every one of his vacation days, to humanitarian aid efforts for natural disaster victims and mission trips overseas.

“I want to serve people,” Bennett said. “It’s always been my thing.”

Bennett came to USAHS’ St. Augustine campus after serving seven years in the U.S. Army. He joined as a military police officer in 2009 and worked in Germany for two years. When he returned to the U.S., Bennett heard of an opportunity for a deployment to Afghanistan. He was young and “hooah” motivated, so he volunteered to serve in the Tokarak Valley. 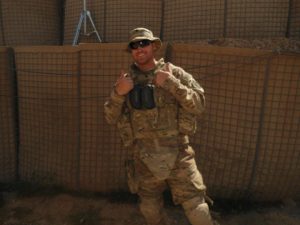 His deployment mission, Operation Enduring Freedom, was to rid the valley of the Taliban. He worked with Afghan officials and village locals, but at the end of the day it was a mission he and his squad weren’t fully prepared for.

“Experiencing that and knowing what people go through on a regular basis outside of what we see in America led me to my humanitarian aid efforts that focus on bringing a ray of hope when people need it most,” Bennett said.

When he came back to the U.S., with both physical and mental injuries to overcome, he had to figure out a way to create a functional life after deployment. And so, he started his relief efforts.

After receiving several awards and medals for his service during Operation Enduring Freedom, including the distinguished Leadership Award at the NCO (non-commissioned officers) Academy, Bennett took a medical retirement from the Army as a sergeant in 2016. 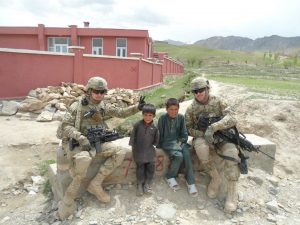 He immediately got involved in relief operations, starting with Haiti in 2016. Other disasters he has responded to include hurricanes Matthew, Harvey, Irma, Florence, and Michael, as well as mudslides in Colombia and volcano recovery in Guatemala City. Bennett works with agencies such as Crisis Response International, Mission of Grace, and OneHope to provide cleanup, emergency response, survival provisions and rescue operations to the victims of natural disasters. All his trips are fully funded by the investment firm,

“When I helped in founding Raisonné and Hammer Price Corporation, I told my partners that this is something we must do because I love people,” Bennett, who is also the President of the firm, said. “I love serving and the only way that I feel like we can fund these trips by ourselves without requesting money is a line of resources from the firm.”

Bennett’s investment firm gives him another way to help and serve people. Raisonné and Hammer Price Corporation focuses on typical investments but applies Quality of Life as a holistic approach to how it operates.

“Through the Quality of Life approach, we focus on how to make people’s lives better, how to get them in better shape fiscally, as well as things like, how to improve mental health through counseling or guidance,” Bennett said. With his commitment to serving his community, Bennett searched for an education job that aligned with his values. He did extensive research to find out how involved companies are in the community. Once he found USAHS, he decided to apply. 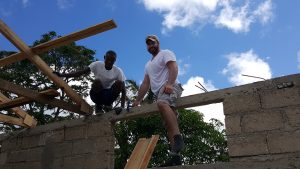 “I love what you guys do, I love your position, but I want to be straight forward with you,” Bennett told his interviewer at USAHS. “I need to use all my vacation days for the year. I respond to disasters and I’ll need to go on short notice.”

Bennett’s interviewer responded with a slight smile and said, “I respect that.”

From that moment forward, Bennett knew the University would support his desire to support the community and he wouldn’t have to worry. The Dean of Post Professional Studies, Dr. Cindy Mathena, even led a donation drive for him to go to Hurricane Florence earlier this year.

“USAHS is an organization that embodies the idea of volunteering and changing the world and being a better person,” Bennett said. “I really love that.” 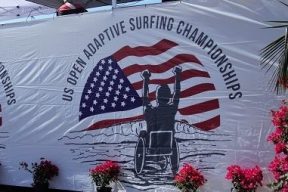 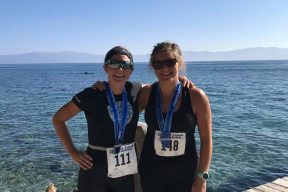 Journey to Tahoe: Off and On Shore Lessons 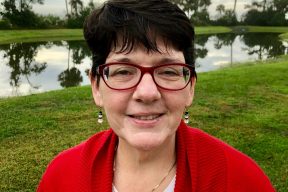