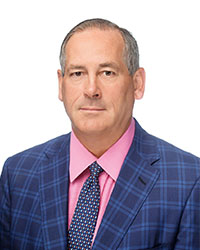 In his role as President & CEO, John works with the Y’s board of directors to fulfill its charitable mission and achieve their vision of fundamentally enhancing the well-being for all individuals, families and communities in the region.

Prior to joining the Y as CEO in 2006, John spent the entirety of his professional career in the private sector while volunteering his time in the community. He worked for eleven years in the for-profit education industry, playing key roles in building a number of successful global and domestic higher education and K-12 organizations, including Sylvan Learning, Educate, Inc., and Laureate Education. He last served as President of Progressus Therapy, a division of Educate, Inc., and a leading national provider of school-based and early intervention special education services. Previously, John spent eight years in executive positions in various domestic and international consumer businesses at Citigroup (formerly Citicorp).

John has been recognized for his leadership on many occasions. In 2011, he was one of seven Maryland winners of the Ernst & Young Entrepreneur Of The Year®. In 2012, he was recognized by The Daily Record as one of the region’s 30 Most Admired CEOs and in 2014 as one of Maryland’s Innovators of the Year.

John has been an active civic and corporate leader over the years, serving on a number of non-profit and private sector boards. He is also actively engaged in higher education, serving on the Board of Visitors of the University of South Carolina’s College of Arts & Sciences and the Board of Directors of the University of St. Augustine for Health Sciences.

Born in New York City and raised in Upstate NY, John has lived in the Baltimore area since 1989. He received an undergraduate degree in English Literature from the University of South Carolina’s Honors College and earned his MBA at the State University of New York. John resides in Baltimore with his wife, Holly, and three children.