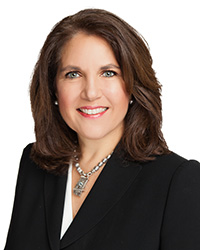 Vivian Sanchez brings extensive higher education and business experience to her role as Chancellor. Having worked in public research universities in the United States and private institutions in nine countries, Sanchez brings comprehensive global insights to higher education for both campus-based and digital learning. She joined the University of St. Augustine for Health Sciences family in 2015 as a member of the Board of Directors, served as Chief Executive Officer from 2016-2022, and in May 2022 became Chancellor.

Prior to joining the University of St. Augustine for Health Sciences, Vivian Sanchez served as CEO of a global network of both specialized and comprehensive universities that included schools of medicine, dentistry and health sciences, which ranked among the largest and most well-reputed in their regions. She also held the position of Chief Financial Officer and Senior Vice President of Administration at Florida International University—one of the five largest public research universities in the United States—where she played a pivotal role in establishing the Herbert Wertheim College of Medicine. Sanchez has held numerous higher education Board of Director positions and served as advisor to both public and private universities.

Sanchez graduated from Georgetown University with a Bachelor of Science in Foreign Service and earned her Master of Business Administration from Harvard Business School.