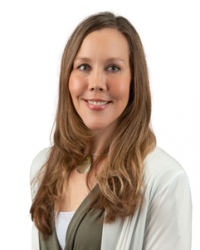 In 2013, she relocated to Austin, TX, where she worked as an inpatient occupational therapist at St. David’s North Austin Hospital before transferring to St. David’s Rehabilitation Hospital to join the Spinal Cord Injury inpatient rehab team. In 2017, she started working in the outpatient neurological rehabilitation setting at Seton Brain and Spine Recovery Center and then with Spero Rehab in 2018. While at Spero Rehab, she established an adapted sports program for clients, served as liaison to the Lonestar Paralysis Foundation Scholarship committee and helped establish an annual fundraising event known as the “Walk ‘N Roll Mile.”

Rennerfeldt has worked with all adult demographics, though her passion is for the neurological, adapted sports and community reintegration populations.