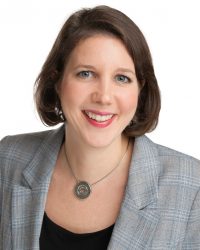 Dr. Meghan Savage is an associate professor in the Master of Science in Speech-Language Pathology (MS-SLP) program. She joined the university in June 2018 as an inaugural core faculty member in the MS-SLP program. Dr. Savage earned her bachelor’s degree in Psychology in 2004 from Hendrix College in Conway, Arkansas. She completed her master’s degree in Communication Sciences & Disorders in 2007 from Louisiana State University. In 2012, she earned her PhD in Communication Sciences & Disorders with an emphasis in Neurogenic Communication Disorders from Louisiana State University.

Dr. Savage’s research interests are in adult neurogenic communication disorders. Specifically, in conversational treatments with people with aphasia and their conversation partners. Her dissertation was titled “Comparing the treatment effect of conversational and traditional aphasia treatments based on conversational outcome measures.” She has presented numerous times at the local, state, national, and international level. She has published book chapters and peer-reviewed articles in journals such as Aphasiology, International Journal of Language and Communication Disorders, and Journal of Medical Speech-Language Pathology. Dr. Savage has directed several master’s theses and mentored students through the research process.

Dr. Savage is the co-chair of the Communications Committee for the Academy of Neurological Communication Disorders & Sciences (ANCDS). She founded and facilitated a monthly community stroke support group at a local hospital. She has served as a founding board member for a nonprofit pediatric clinic.