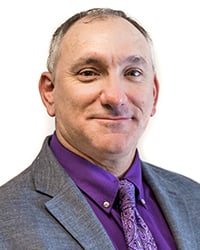 Prior to pursuing his academic career, Dr. Gerardi retired from the U.S. Army in 2012, as a Lieutenant Colonel, after a 33-year career. Before discovering occupational therapy, Dr. Gerardi was trained as an Army physical therapy specialist.  After becoming an occupational therapist, he spent much of his career working with clients with upper extremity neuromusculoskeletal conditions.  He became a Certified Hand Therapist (CHT) and was certified from 2003 until 2012.  He has also spent several years working with clients with mental health conditions.  He has worked in in-patient psychiatry, substance abuse rehabilitation, and has commanded an Army Combat Stress Control Detachment.

Dr. Gerardi’s awards include The Order of Military Medical Merit, the “A” proficiency designator (awarded by The Surgeon General of the Army in acknowledgment of achieving the highest level of professional achievement within the field of occupational therapy) and the Myra McDaniels Writers Award, for the paper “The management of battle-fatigued soldiers: An occupational therapy model.”