Occupational therapy students often say they are drawn to the career because OTs make such a tremendous impact in the lives of their patients. That’s the case for Sarah Brooks. “I’m very passionate about recognizing the dignity in every person, and I really saw that when I observed an OT working with a client during a shadowing experience,” she said.

It is no surprise that Brooks decided to pursue a Master of Occupational Therapy (MOT) degree at the University of St. Augustine for Health Sciences Austin campus. She wasn’t expecting to lead other first-year OT students in tackling a real-life challenge that presented itself on campus, but her commitment and dedication to the profession guided the way.

It started when Brooks was paired up as a student assistant with Doctor of Physical Therapy (DPT) student Steven Blair, who has been legally blind since birth but that is not preventing him from pursuing his dream of becoming a physical therapist. He found support at the Austin campus in myriad ways during his four terms, including the tutoring and assistance that Brooks provided during his neuroscience course, taught by Dr. Elizabeth Ardolino.

“Steven is a remarkable person who has used adaptive learning strategies to overcome his visual impairment,” Dr. Ardolino said. “He is very proactive and contacted me ahead of neuroscience to seek solutions for any anticipated challenges that he might face.”

“I learned neuroscience by tactile strategies, through touching the brain in our cadaver lab as well as feeling various models of the brain. One of the structures we had to learn is called the basal ganglia. Our neuroscience lab did not have a model of this and in the cadaver lab it was extremely flat to touch. On this flat surface were various structures within that are required of us to know and be able to identify in a practical exam. I was told that visually you could see the different structures, but I was not able to palpate them,” Blair said.

The basal ganglia are a group of structures found deep within the cerebral hemispheres of the brain that play an important role in a variety of functions including motor movements, procedural learning, eye movements, cognition and emotions. Dr. Ardolino scoured the internet and every available resource for a model of the basal ganglia that would provide the tactile texture that Blair needed. But her search turned up nothing.

“It was frustrating because not only did we feel an obligation to ensure Steven’s success with something that would accommodate how he learns, but he is an exceptional, driven student that is truly a motivation for everyone on campus and it became about not letting him down,” Dr. Ardolino said.

Brooks and Blair were discussing the challenge of his learning brain structures like the basal ganglia, just as she was starting an assistive technology course in her OT program, which involves creating solutions for patients using a 3D printer. They joked that perhaps she could try to 3D print something that could help him. Brooks had been able to assist Blair by creating tactile versions of diagrams used in the neuroscience course by tracing them with a special “puffy ink” pen to create raised-line drawings that he could use to study.

“I started to realize that maybe this course of mine could play into something useful for him. He is incredibly smart and driven,” Brooks said. “Maybe 3D printing could address this challenge.”

She then turned to OT faculty instructor, Christopher Ebner, OTR/L, for his suggestions.

“With the foundation for this idea implanted in Sarah’s head, she approached this topic with me in lab one day,” Ebner said. “She asked if it were possible to 3D print some anatomical slices of the brain – specific structures like the basal ganglia, in order to provide a blind student with some models he could use to learn and study these structures.”

Ebner, like Dr. Ardolino, searched for models but found nothing. Then he recalled a project from the 1990s called ‘the Visible Human’ by the National Library of Medicine. The project made publicly-available two complete, anatomically detailed, two-dimensional representations of a human body – one male and one female.

The challenges continued to mount, but Brooks got help in the undertaking by partnering up with two of her classmates, Charis Criddle (OTD) and Brittany Bishop (MOT). The three decided to proceed with the project as part of the final, signature assignment for the assistive technology course.

“Our final project assignment was to create a piece of assistive technology that had never been done before, and we all wanted to help Steven with this project,” said Bishop. 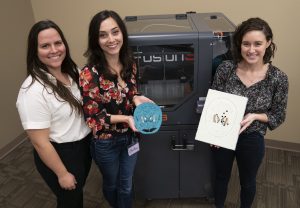 “At first it was hard to imagine how this would all come together because there was really nothing like it that existed at all. Thankfully, professor Ebner helped, and Sarah even got her brother-in-law to help with the image conversion process” Criddle said.

“There were a few moments where I was like ‘I don’t know if this is going to work or not.’ I definitely didn’t realize going into the project just how extensive it would be, and how many roadblocks we would hit,” Bishop added.

“This team put a great deal of time, thought, and effort into this project. I can personally attest to the fact that there were a lot of times when multiple problems presented themselves and most individuals would have either thrown in the towel or changed the course of the project entirely. But they persisted and efficiently managed to circumnavigate every challenge with a workable solution,” said Ebner.

“What made all the difference was Steven. This became much more than an assignment or project for a course. Our friend was relying on us, and we had the resources to fulfill that need – we just had to work through the challenges to make it happen,” Brooks said.

“It was so awesome to get to work with Sarah, Brittany, and Charis,” Blair said. “I am so appreciative of these students and the passion and determination they showed to make this happen. It was not easy and took a lot of creative thinking and perseverance during times when it didn’t seem like it was going to work out.”

“The process involved constant feedback from Steven on our ideas. We didn’t want to just create something that we thought would work for him – like us printing it and saying, ‘here you go, good luck’. We wanted it to be as useful as possible. It was very collaborative because he would provide his feedback every step of the way,” Brooks added. 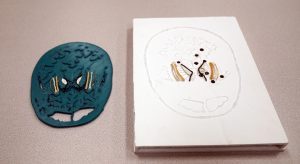 The result was a new 3D model of the basal ganglia with all of the structures identifiable through different textures by touch, and a learning key, complete with audio buttons for auditory feedback, that Blair was able to use to study the basal ganglia and pass the practical exam.

“There is no finer example of interprofessional collaboration among students. What they achieved is truly remarkable,” said Dr. Ardolino.

“I am so appreciative of these students and the passion and determination they showed to make this happen. This really meant so much to me because of how hard they worked to help me learn neuroscience. These students made a huge impact on me and I will definitely never forget it,” Blair said.

“We take great pride in all of our students here, and we are overwhelmed with joy when we witness students, such as these individuals, take on a significant challenge and ultimately enhance a fellow student’s life – even before they are practicing clinicians,” Ebner said. “This is exactly what occupational therapy is all about. I couldn’t be prouder.” 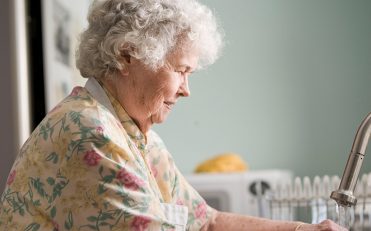 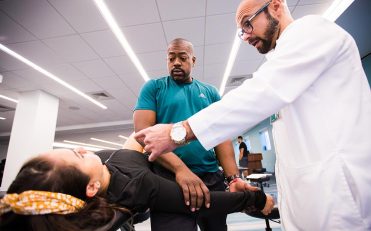 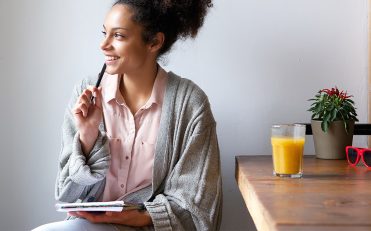 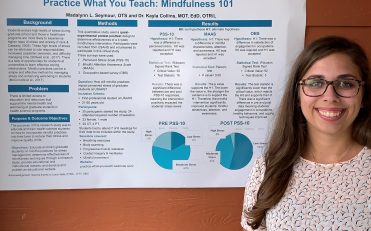 ‘Practice What You Teach’ – Mental Health in Healthcare Professionals 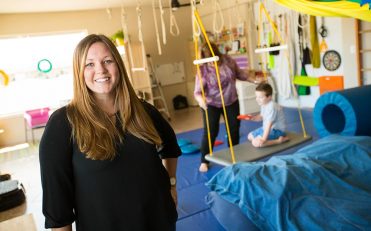 How Occupational Therapy Can Help People with Autism 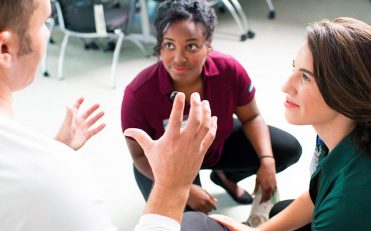 OT vs. OTA: Which Career Path Is Right for You?