USA was well represented at the APTA National Conference in Washington, DC this past June. Representatives from our St. Augustine and San Diego campus locations represented both the California and Florida Delegations in the APTA governing body House of Delegates. In addition to discussing 29 motions over a four-day period and participating in the national election, the 400-member House engaged in an in-depth discussion about the governance of the APTA.

During the conference, Senators Jon Tester (D-MT) and Roger Wicker (RMS) addressed approximately 1,000 physical therapists, physical therapist assistants and students of physical therapy on Capitol Hill. USA representatives also participated in a rally that was followed by visits to legislative offices to meet with designated legislators and deliver written information. The Medicare cap, student loan forgiveness and the role of physical therapy in concussion management were among the topics of the day.

Part of the annual scientific meeting, which was also held in DC, included educational courses and poster/platform presentations. USA was represented by three faculty members who presented posters during the meeting.

Much excitement was had at the awards ceremony and the Foundation Gala, where USA students were recognized for their contributions to the Pittsburg-Marquette Challenge. The student co-chairs from both campuses received a plaque of honorable mention for raising money to support the Foundation for Physical Therapy, which encourages and supports research in physical therapy. 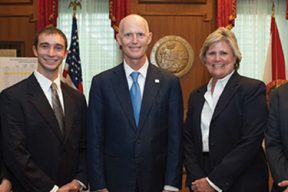 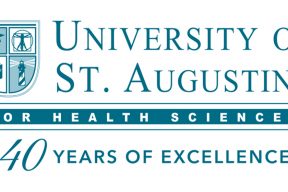 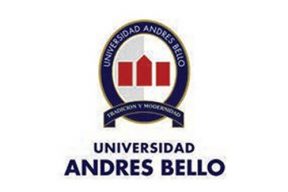