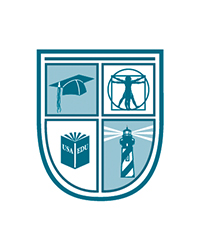 Dr. Alshammari is an Assistant Professor in the DPT program at the University of St. Augustine for Health Sciences. He finished his first degree in physical therapy in 2006 from the Hashemite University, Jordan with honor. He received an Outstanding Student Scholarship Award to pursue his higher education in United States of America including a Master’s degree and PhD in physical therapy and rehabilitation science. He completed his Post Professional Master of Physical Therapy in 2010 from Loma Linda University in California with honor. He received many Outstanding Student Awards through his education in physical therapy and he ranked the first (highest GPA) in his Bachelor and Master degrees. Then, he continued his journey in higher education where he finished his PhD in Rehabilitation Science with emphasis on balance disorders among elderly population in 2015. His thesis entitled “The Effect of Tactile Feedback (Novel Technique) Versus Visual Feedback on Body Sway in Elderly” was recognized by the World Biomedical Frontier for being a novel technique and outstanding project. Dr. Alshammari was a keynote speaker in several international physical therapy conferences. He was nominated for Outstanding Researcher Award at Loma Linda University in 2015. He published and participated in more than 26 research papers related to physical therapy. Dr. Alshammari has been teaching neurophysiology, neuroscience, pain science, physical therapy for neurological cases, and research methods for more than 3 years. Also, he has clinical experiences with an inpatient and outpatient neurologic patient population for 12 years. He was leading a research team at Physical Fitness Laboratory, Loma Linda University from 2010-2015 and the primary PT on TBI team in Loma Linda University Medical Center. He has certifications in vestibular rehabilitation and concussion assessment and medical management. In addition, he attended extensive training on Neurodevelopmental Treatment (NDT). He has conducted many training workshops on Spinal Cord Injury assessment and physical therapy management, stroke assessment and physical therapy management, Proprioceptive Neuromuscular Facilitation (PNF), and Neurodynamic Technique.