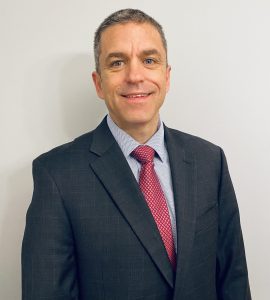 Michael Roscoe, PhD, PA-C is an experienced physician assistant (PA) educator and clinician. He has been a PA for more than 20 years, with a primary specialty in emergency medicine. He joined the University of St. Augustine for Health Sciences in March 2021 and is based at the University’s Austin, Texas campus.

He is actively involved in national and state levels of PA leadership, which has included serving on the Physician Assistant Education Association (PAEA) Board of Directors and as president of the Indiana Academy of Physician Assistants (IAPA). He has also served on the Leadership Mission Advancement Commission (MAC) and has been a faculty facilitator/mentor for the Program Directors 101 Workshop for PAEA. In addition, Dr. Roscoe served on several national committees with the National Commission on the Certification of Physician Assistants (NCCPA), has worked on the Automatic Item Generation (AIG) test writing committee and the Emergency Medicine Certificate of Additional Qualification (CAQ) test writing committee.

Achievements Dr. Roscoe has earned include the Distinguished Hoosier Award from then Governor Mitch Daniels, the Bronze Star medal during his Afghanistan deployment and the 2005 Indiana PA of the Year.