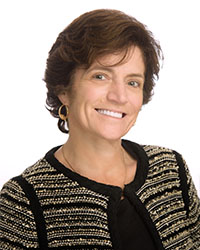 Laurie is the owner of Clay Physical Therapy, Inc., (private practice), opened in 1998. Clay Physical Therapy specializes in Medicaid/Medwaiver clients. Laurie has extensive experience in orthopedics and sports medicine however her passion is in education and neurology.

Laurie’s academia experience began in her final year of PT school, where she wrote and performed her final clinical internship in a PTA program, followed by guest speaking and teaching a variety of courses in several PT and PTA programs. Her ACCE experience, began in 1999 assisting at local PTA and PT programs before accepting a full time ACCE position.

She has served on numerous community Board’s including Challenge Enterprise (an employment and day program for adults with disabilities), Lighthouse Learning Center, (a Preschool for children with disabilities birth to 5 years old) and Quigley House (a safe house for abused and battered women and children).

Laurie is currently working on her doctorate in educational leadership. She is also working on her APTA LAMP certification (Leadership, Administration, Management and Professionalism). She shares these skills through mentoring both young and seasoned professionals.