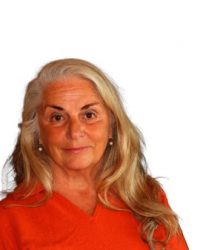 Dr. Catherine E. Patla has served as a faculty member since the University was founded in 1979. She was Dean of Professional Education from 2011–2014 and Co-Director of the residency and fellowship programs from 2010–2013, among other contributions.

From 1993–2001, Dr. Patla served as a Clinical Assistant Professor at the University of Tennessee Health Science Center in Memphis, and as an Assistant Clinical Professor at the Medical College of Georgia in Augusta from 1990–1996. She has also served as a senior clinician at Flagler Hospital’s Physical Therapy department in St. Augustine, FL from 1988–1996. She currently participates in patient care part time.

She published two chapters in the Manual of Physical Therapy (Churchill Livingstone, 1989) and has written numerous course manuals, including home study courses for the Institute of Graduate Physical Therapy. She has numerous articles published.

Dr. Patla has presented her work consistently throughout her career. Recently, she presented at numerous venues including: the American Academy of Orthopaedic Manual Physical Therapists (AAOMPT) , Florida Physical Therapy Association (FPTA), the University of Otago in Dunedin, New Zealand and American Physical Therapy Association (APTA) Combined Sections and NEXT conferences. She serves as a reviewer of the American Board of Physical Therapy Residency and Fellowship Education on behalf of APTA for credentialing residency and fellowship programs from 2008 to present. She also serves as a reviewer of articles and books for the Journal of Orthopaedic & Sports Physical from 1993–2010; and she is a reviewer for AAOMPT credentialing of fellowship programs.

Dr. Patla has served as an examiner for the Manual Therapy Certification (MTC) offered by the University since 1980. She is a member of AAOMPT and APTA, including as a member of the APTA’s sections on Orthopaedic and Education. She is a fellow of the American Academy of Orthopaedic Manual Therapists (FAAOMPT). She has served on the Florida House of Delegates for 16 years, as chief delegate for three of those years and has been elected as delegate for the 2022 session. She was President of the Florida Physical Therapy chapter from 2007-2009.